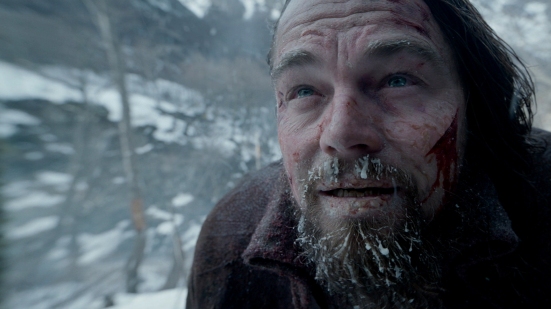 Fair warning: I really didn’t want to write this piece, and I’m doing it out of misguided obligation. Maybe I’m whining, but cut me some slack; I’ve already written about the #OscarsSoWhite fracas, and also contributed a handful of yadda yaddas to Paste Magazine’s annual Oscar preview (though I spend most of my yaddas turning my nose up at the ceremony anyways, so it’s whatever). I’m already exhausted! I’m spent! And it’s only Friday! And I wouldn’t be surprised if I had a thing or two to say on Monday! What a life. But this is precisely why it is my desire to maintain discipline in Oscar prognostication.

So let’s just nose-dive in, acknowledging that I don’t really care about a handful of the categories that people win trophies for every year and that I’m only really interested in the S-tier, (Best Picture, Best Actor/Supporting Actor, Best Actress/Supporting Actress, Best Director), the A-tier (Best Foreign Language Film, Best Animated Film, Best Documentary, Best Original/Adapted Screenplay), the B-tier (Best Cinematography, Best Film Editing, Best Visual Effects, Best Production/Costume Design), and everything else I sort of lump under a big old “shrug” emoji.

And let’s also get one thing straight right off: Spotlight is going to win everything that matters in the eye of the public. Look, I want to live in a world where Mad Max: Fury Road wins everything it is nominated for. That is a substantial number. Ten nominations, man! Ten! I didn’t even think it would get one. I bet career asshole Roger Friedman feels pretty embarrassed right about now*. But Mad Max: Fury Road is probably a shoe-in only for all of its technical nods, at best, and I wouldn’t be surprised to see Tom Hooper’s maligned The Danish Girl steal the Design trophies right under George Miller’s nose. Hell, if Mad Max: Fury Road wins even a single statue all night, I’ll be shocked. The nominations are probably enough to make the movie world take notice of Miller’s blockbusting achievement; big spectacle doesn’t have to be stupid or empty, as it turns out, and while I can’t imagine studios will start immediately making tentpole pictures that measure up to Mad Max: Fury Road in craft, creativity, entertainment value, and intellectual worth, the legitimacy a slew of Oscar tips lend the film in the eyes of the public and the industry is relevant.

But this is Tom McCarthy’s year. Maybe, maybe Iñárritu can win another Director statue for The Revenant, but a) man, I damn well hope not, and b) the Academy voters, after skipping two years in 2014 and 2013, appear to be getting back into their groove of awarding Best Picture and Best Director to the same movie: The Artist, The King’s Speech, The Hurt Locker, Slumdog Millionaire. This is simple moral math. The Academy doesn’t have a movie to choose that validates their industry’s existence and makes them feel good about what they do for a living**, so they’re going to choose the movie that makes them feel good about their choice, which, in this case, would be Spotlight. It’s a hard movie to root against. Even if it is made only competently***, it is an easy to digest picture with clear-drawn lines of “right” and “wrong.” Who doesn’t find the Spotlight team’s efforts to root out clerical corruption in the Catholic church sex abuse scandal inspiring? C’mon. This is easy money.

By that token you might also see a lot of love go to The Big Short, which is a good time despite being incredibly obvious and on the nose. (I mean, look, it has Margot Robbie show up naked in a bubble bath, sipping champagne as she explains part of the build-up to the 2008 financial collapse. Fish. Barrel. Shoot.) But it is so easy to feel shamed for not adoring Spotlight, and Spotlight is on its surface a far more impressive film, that I can’t see The Big Short coming out on top in that wrestling match (though it could easily win the Best Adapted Screenplay to Spotlight‘s Best Original Screenplay, unless Emma Donoghue has anything to say on the subject). This is going to be Spotlight‘s ceremony, though I expect Leonardo DiCaprio to finally get his Best Actor win for enduring all kinds of twisted abuse at Iñárritu’s behest. (He probably should have won for either The Wolf of Wall Street or The Great Gatsby, but oh well. A win is a win.) That may be all the love The Revenant gets. It’s worth noting that the Best Actor race is sort of pathetic, and that Leo is the only dude nominated who actually deserves to win, such as it is; Fassbender is one-note in Steve Jobs, Matt Damon is Matt Damon (meaning he’s good in The Martian, but he’s been better), Eddie Redmayne is horrific in The Danish Girl, and honestly, the less said about Trumbo, the better.

Best Actress is a tighter bout. Cate Blanchett could add to her growing hoard of trophies, but then, everybody loves Brie Larson, and as with Spotlight, Room is a hard movie to root against. (So, too, is Carol, but I have a weird feeling that a good chunk of the Academy voting body either didn’t see it or didn’t care for it.) All the same, a Charlotte Rampling victory wouldn’t be the end of the world – casual racism aside she’s great in 45 Years, which is a great movie – even if it is out of the question. That basically leaves Jennifer Lawrence and Saoirse Ronan next to Larson and Blanchett, younger talents versus a veteran master; the Academy doesn’t make a habit of honoring the same people in the Acting categories each year, not without some separation anyways, so I’m going to put my money on either Ronan or Larson. I get the Larson appeal. I also get Ronan, who might end up being the best actress of her generation. I would flip a coin here, but I liked Brooklyn more than Room, so there’s that.

The Supporting contests, for me, are easier. Alicia Vikander saves The Danish Girl from being completely unwatchable. She is on another level from Redmayne, from Hooper, and from everything else in that sad attempt at awards baiting. She should also be on the Best Actress ballot, but this is classic studio strategy: Focus Features campaigned for her in the category they thought she had the best shot in, probably because their PR people knew that Best Actress was going to be a brutal slugfest this year. Smart, if a bit unfair, because Vikander has as much screentime as Redmayne, and her performance is a million times better than his. Give her a statue. Or a medal. Or a damn parade. Give Stallone his Oscar, too, even if seeing the white guy walk away with gold for working in a movie that is really about a black experience is a bit odd. He is great in Creed, period, even if he is better when Michael B. Jordan is giving him someone to bounce off of.

(Man, I’m running out of breath here. Give me a second. Gotta catch my second wind. Huff. Huff. Hoooooooah. Let’s see if I can get through the last four categories worth getting through without passing out.)

Cinematography: man, who cares? Any of these could win and it’d be fine, though Roger Deakins is the Stallone/DiCaprio of this category. Seeing him win for Sicario instead of literally anything else he has shot would be kind of a bummer. If you know me, you know that I would be happier seeing this go to either The Hateful Eight or to Fury Road, but Carol looks gorgeous, too. My suspicion is that this one is all Deakins, but you can hardly go wrong.

And finally, the other Best Picture categories: Best (Animated) Picture, Best (Documentary) Picture, and Best (Foreign Language) Picture****. Like Cinematography, you can’t really go wrong with the Best Animated Feature; they’re all good, though I personally would like to see Boy and the World triumph even if the odds are slim. (I’m a sucker for scrappy underdogs, y’know.) The only disappointment here is that Pixar’s victory feels inevitable. Inside Out is great, and a return to form as the studio has floundered since 2010, which makes the whole ordeal predictable. By contrast, Best Documentary is a crap shoot. It’s literally any film’s game, though the Academy does like to celebrate films that cap off a franchise (see: The Return of the King), and being as The Act of Killing got stone cold robbed by 20 Feet From Stardom, it seems like a strong possibility Joshua Oppenheimer’s follow-up will succeed where his first movie did not. The Look of Silence is beyond good. It’s a doc that should honestly have been allowed to enter into the Best Picture race. I would make the same case for Deniz Gamze Ergüven’s Mustang, too, which is arguably 2016’s best debut movie and inarguably one of its best offerings period. (I would expound further, but you can read my review and read Paste’s Oscars preview to save me the trouble. I’m being lazy. Sue me.)

Did I miss anything? Probably. This beast is now twice as long as I meant it to be and I need to lie down. Before I do, let’s recap: Spotlight will win all of the authorial awards, and be crowned Best Picture, while Mad Max: Fury Road will probably win all of the technical stuff, except that God is cruel and so it probably won’t, while Stallone, Deakins, and DiCaprio will get their Lifetime Achievement Oscars, Ronan will wrest possession of the Best Actress statue from Blanchett and Larson in a vicious brawl that Lawrence will abstain from because she’s too cool, and which Rampling will interpret as proof that the Oscars are, in fact, prejudiced toward white people. Some good movies will win. Some bad movies will also win. Iñárritu will arrive at the show wearing the pelt of a felled grizzly bear. Chris Rock will, for great justice, lambaste the entire institution and its blinding whiteness. Most importantly, nobody anywhere will learn anything of value, and next year I’ll be right back in this place complaining that Nate Parker’s The Birth of a Nation got ignored by the Academy’s trembling electorate.

See you on Monday.

*The guy who attacked the Boston Online Film Critics Association for awarding Mad Max: Fury Road Best Picture in critics’ voting and then tried to sound insightful when the AMPAS nominations were announced. He’s also the guy who reviewed X-Men Origins: Wolverine using a pirated copy of the film, which was made by Fox, who he happened to work for at the time.
**Aside from Trumbo, which got no traction with anyone, possibly because it is hot garbage and a pile of lies.
***There have been pieces written to contradict this perspective, and some of them, especially Matt Singer’s, are persuasively written and very smart. I still disagree, mostly because it takes no effort to get a church into the background of every exterior shot in a movie that takes place in Boston, while the basic subtextual stuff – about the mise-en-scene, specifically – is just that: basic. McCarthy couldn’t neglect that without looking like an amateur.
****I realize that the category names are not exactly analogous as listed here, but you get the point, right?