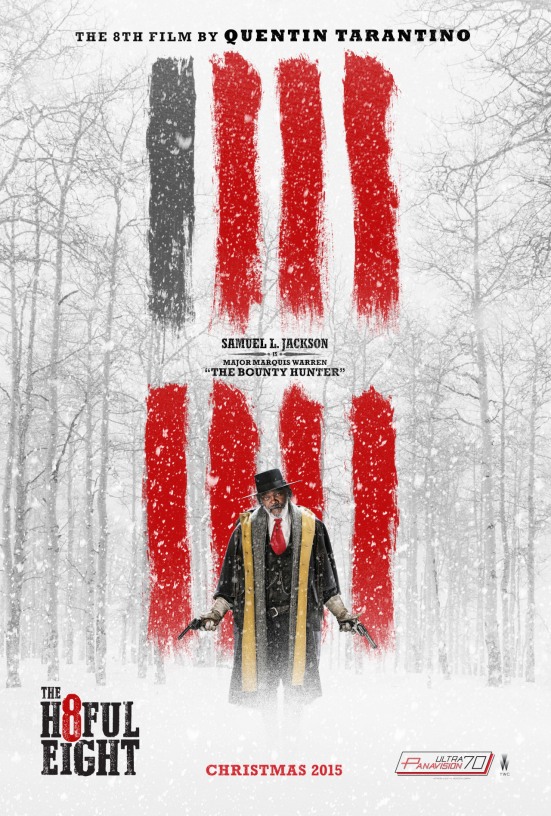 “‘Looks can be deceiving,’ says Michael Madsen to Kurt Russell upon first introduction in The Hateful Eight. No four words could be more appropriate to the moment, or to the movie: Russell’s character, a bounty hunter named John Wayne Ruth, is distrusting by nature, even more so because he has a prisoner named Daisy Domergue (Jennifer Jason Leigh)—who wears a black eye and a busted nose along with a bucket-sized fur hat—cuffed to his wrist. When Madsen’s character, cattle wrangler Joe Gage, claims that he’s on his way to spend Christmas with his mother, Ruth doesn’t buy it. Neither do we.” (Via Paste Magazine.)