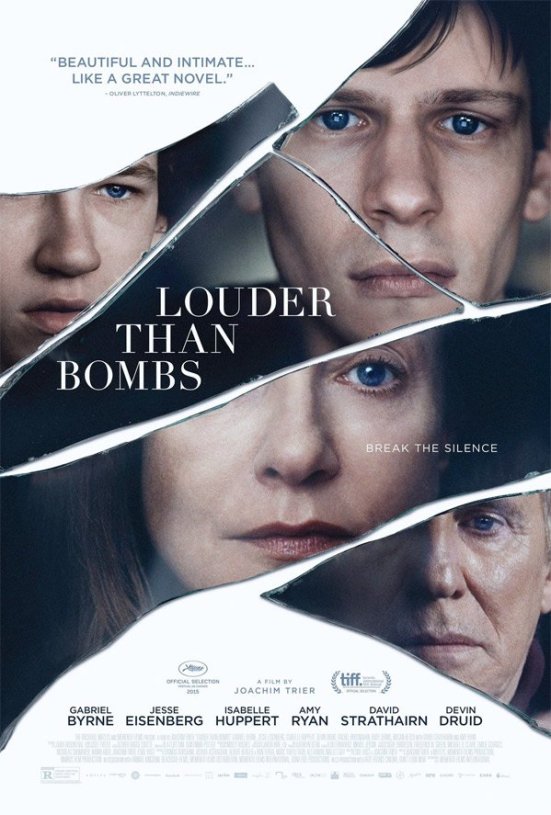 It’s been awhile since Joachim Trier decided to be nice and make a movie – the last time was back in 2012, when his second feature, Oslo, August 31st, made its way to American theaters. But good news! Trier’s third film, Louder Than Bombs, is making the rounds, and opens in Boston on the 29th. And hey, even better news! It’s real great! I think there’s an artistic danger that directors court when they play with minimalist and distanced aesthetics, mostly because so many cinephiles are conditioned to expect modern auteurs to be flashier with their cameras and to rub our faces in their mise en scene, but Trier, with only a handful of films under his belt, shows why distance is beneficial when making dramas.

My full review of the film is up at Birth. Movies. Death. Do your thing.