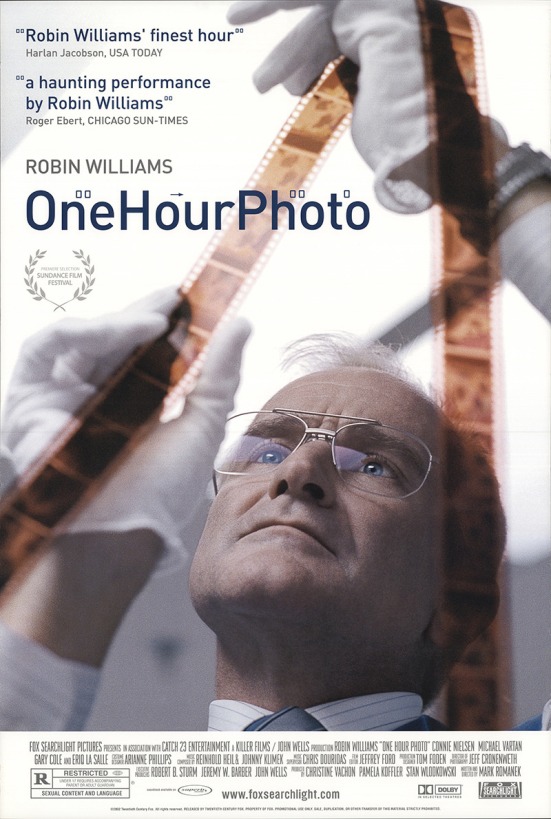 Mark Romanek should make more features. Exhibit A: Never Let Me Go, better known as “that movie Andrew Garfield and Carey Mulligan did before they got famous*.” Exhibit B: Static. (I don’t have a clever parenthetical here. It’s okay. You’re fine.) Exhibit C: One Hour Photo, the finish line of Robin Williams’ 2002, and, as I argue in my retrospective of the film, the darkest role he took that year.

I’d go so far as to say it’s his darkest role period; there’s a strong case to be made for World’s Greatest Dad, but I think that while the role is dark, the movie itself is cheeky and bright enough to abate the character’s darkness. There is no such element at work in One Hour Photo. The thing is just dark. Well-lit, I mean, make no mistake, but also make no mistake that the film is bleak, and only Williams’ innate amicability gives it the undercurrent of sad, bedraggled humanity it needs.

You can read my full thoughts on the film over at Inverse.

*”…and, at least in Garfield’s case, started making much worse movies, though at least he has Silence, The Social Network, and Under the Silver Lake to his name.”