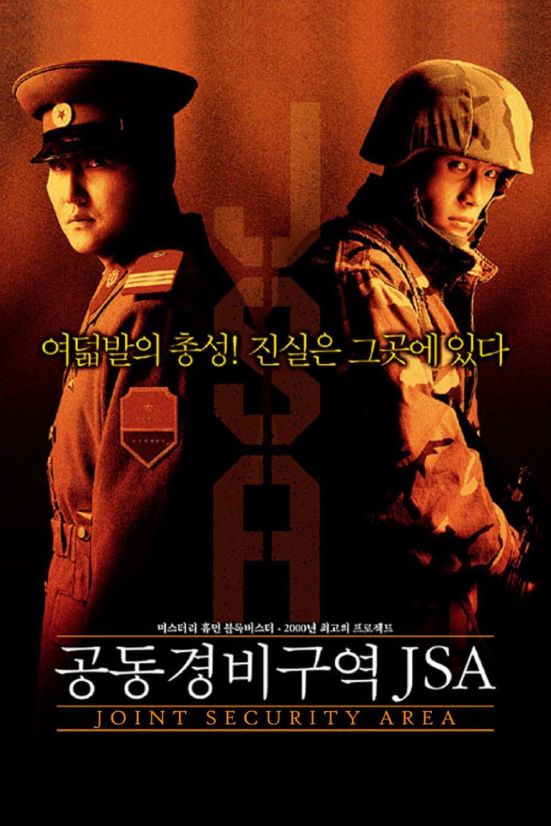 I don’t need a reason to write about Park Chan-wook, but it’s nice when the universe gives me one; reasons are easier to pitch than impulses. So when Arrow Video announced their new Blu-ray release of Joint Security Area, Park Chan-wook’s breakout film*, I decided to revisit it for a chance to reframe it in the context of his career more than 2 decades after its initial release in South Korea. This was a big movie for him. Without it, we wouldn’t have his Vengeance Trilogy. Frankly, watching it again for the first time since college, I’m convinced now that it’s superior to almost everything else in his mostly sparkling filmography; only Sympathy For Mr. Vengeance** and The Handmaiden compare***.

Joint Security Area informs much of what we think of when we think of Park’s aesthetic, and if you’ve seen it before, or if you’ve never seen it, I recommend seeking it out. I also recommend reading my piece for Paste Magazine. Didn’t see that coming, eh?

*His third film in total, at the time, but for all it matters it might as well be his first, given that he disavowed his debut feature and that his second doesn’t appear to be widely available if its available at all.
**I consider this film better than Oldboy even though I cite Oldboy as my favorite film of all time. Let that be a lesson to you all.
***Which, again, most of his movies are outstanding, but it’s just that JSA exceeds them.