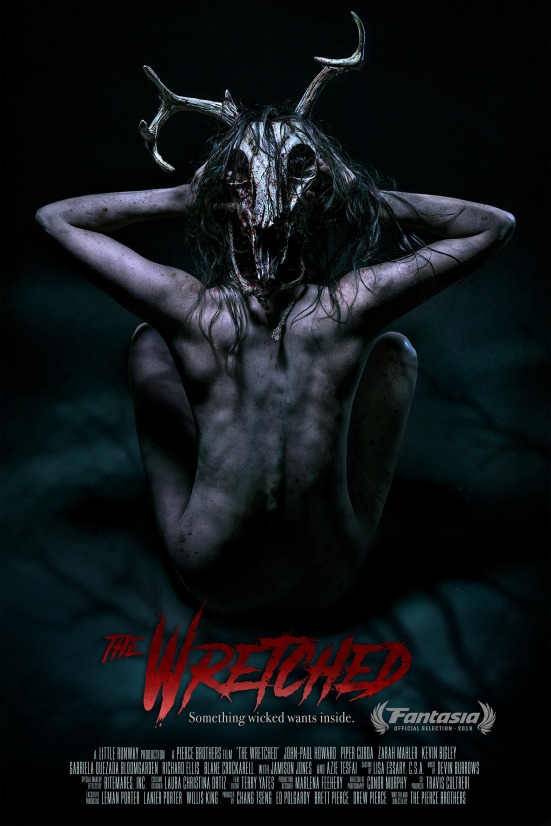 I do think that Brett and Drew T. Pierce’s The Wretched could’ve indulged a little more in the design of its monster, a grotesque bog hag that eats women, steals their skin, then eats their children and bangs their husbands. (Yeesh.) It’s a terrific creepy-crawly right out of old folklore, and when the thing isn’t posing as human moms, and is instead in its true form, it looks pretty gnarly. I’d have liked a brighter spotlight on the work done to make the old hag real.

But be that as it may, The Wretched kicks a lot of butt, and manages to get in touch with its obvious nostalgic roots without doing aggressive nostalgia. I admire that. Stranger Things this is not. It’s better, in fact.