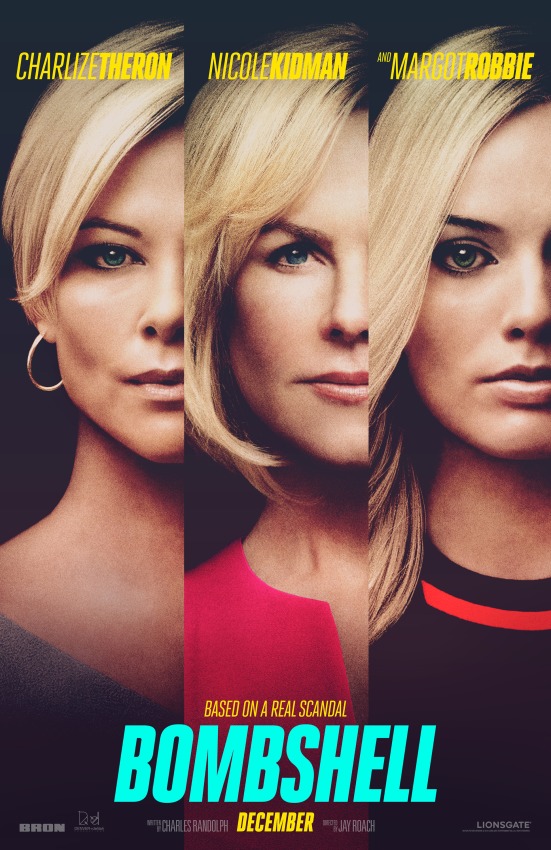 So, let’s not waste time: Bombshell is a disaster. No, let’s start over: It’s a calamity. No, hang on: It’s an insult to the very events it chronicles. Nailed it.

There is, at this movie’s heart, a well-intended impulse, a desire to throw fists in the air in victory at the sight of Roger Ailes brought to justice by the very women he harassed and objectified over years and beyond. But Bombshell can’t be that kind of movie given that those “very women” happen to be Megyn Kelly, Gretchen Carlson, and a made-up composite character played by Margot Robbie, each of whom is complicity in the Fox News Misogyny Racism Psycho machine. That calls for a much better, much more intelligent director than Jay “Fucking Trumbo” Roach, who has talent for Austin Powers level movies and not much else*.

So this is the Bombshell we get, and boy, it’s horrendous.

You can read my full write-up over at Mic.com.

*Not a bad thing. I have fond memories of the first two movies! They still make me laugh!