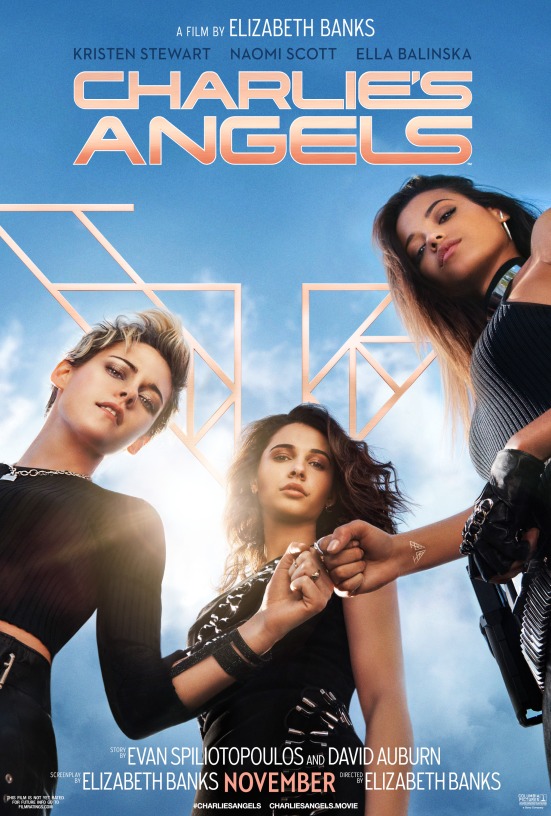 Probably not smart for me, a male human being man, to talk about how much it chaps my ass when pop culture decides that the best path toward gender parity is to have characters in movies tell the audience that they are women, and also to hear them roar.

I don’t have a ton of love for corporate product in the first place, but seeing corporations pander to the cultural need for more robust portrayals of female characters in movies, whether pop movies or art movies or whatever, makes me real darn angry; not only are their portrayals shallow and false, they have a way of obfuscating actual good movies by women, about women, and creating a weird dynamic among audiences (normies and critics alike) in which negative reception is seen as an attack on women in the industry writ large. This is dumb and incredibly detrimental to the cause, but what do I know. I have a penis.

This is my long-winded way of saying that the new Charlie’s Angels movie is, hoo boy, not very good at all; I don’t really see Elizabeth Banks as a director, but definitely as a general, someone in the industry with juice and ambition who can help grease the wheels on projects steered by women. And that’s valuable too. My only other takeaway here is that if no one creates reaction shot .gifs of Kristen Stewart, Naomi Scott, and Ella Balinska, I’ll be validated in my belief that humanity was a mistake.