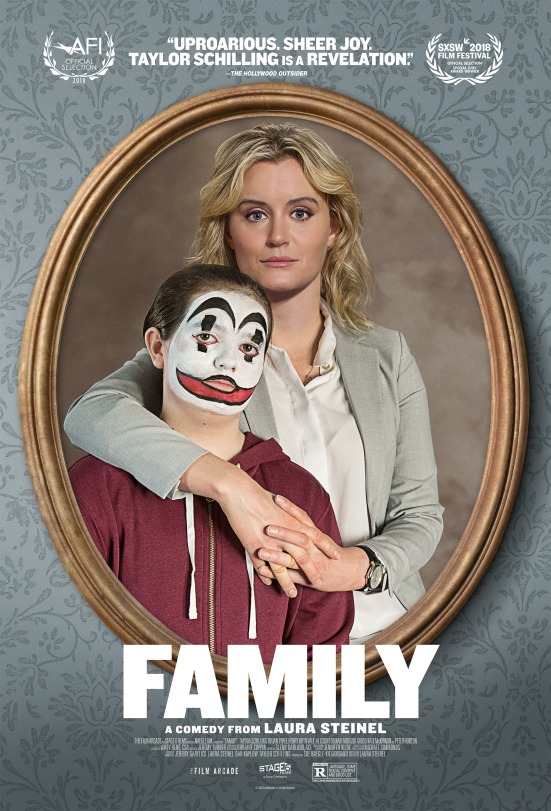 It’s weird to think that twenty plus years ago, Taylor Schilling and I were classmates. I mention this a lot*. When I do, and when people ask me what she was like, I just say, “I don’t really remember, but that probably means she was pretty good, because if I did, that would mean she bullied me like most of the other kids.” So: Good on Taylor.

This bizarre connection aside, I don’t think I have a bias in her favor; I think she has talent in her favor, and so whatever history I have as one of her old middle school classmates is irrelevant. Whether in Orange is the New Black, or The Overnight, or Take Me, she’s terrific. And she’s terrific& in Family, her latest project, where she plays a stick-up-their-ass hedge fund drone who has foolishly sacrificed a life for upward mobility in her career. Then she bonds with her dorky niece. And Brian Tyree Henry. Insane Clown Posse shows up eventually. It’s a whole thing.

You can read my review of the film over at Paste Magazine.