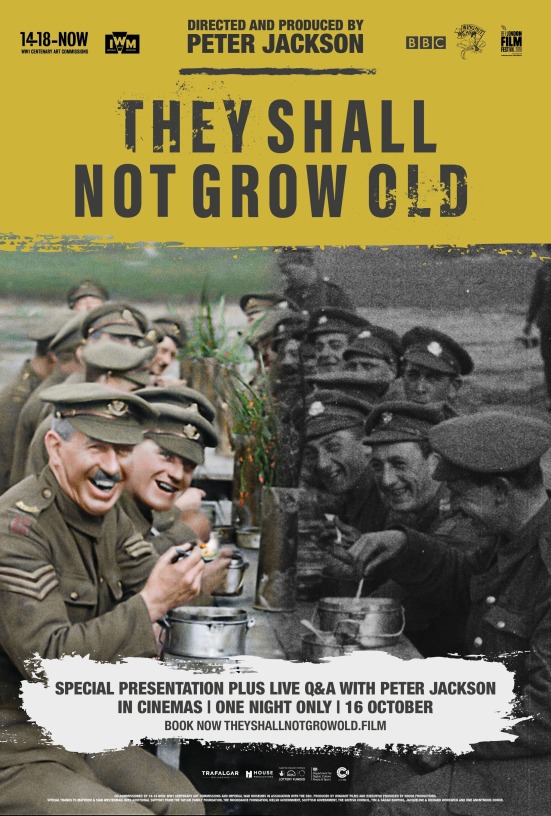 The last sixteen years, thereabouts, have put a major dent in my faith in Peter Jackson. I love the Lord of the Rings films; I actually kinda like The Hobbit, the first one, not the other two; I have very mixed feelings on King Kong, dipping into the negative; I hated, hated, hated The Lovely Bones. So in 2019*, I’m delighted to say he’s made a movie that’s Rings-level great, and frankly even better than that. It’s a documentary! Presented both in 2D and 3D! And it uses technology to bring the past to new life without ever suggesting some kind of artist’s vanity on Jackson’s behalf! It’s so good!

I couldn’t help thinking two things when I first saw The Shall Not Grow Old**: One, more documentaries should be as bold as this, and two, only Jackson could have made it. Frankly, the film works as a companion piece to the Rings movies, assuming you have over ten hours to sit down and watch them all together. You probably don’t, though, so just go see They Shall Not Grow Old.

You can read my full collected breakdown of the movie at Polygon.

*Also 2018, which is when Fathom Events screened the thing around the country.
**And a third thing: “Man that’s a great title.”