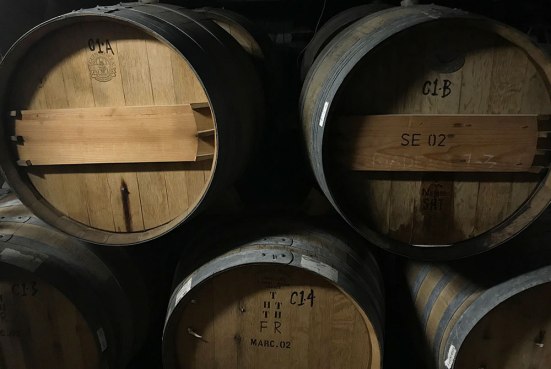 I’ll level with you, gang: I spent a good hour chatting with Will Meyers of Cambridge Brewing Company in, y’know, Cambridge, which included a tour of their cellar (which included beer tasting right out of the barrel); I talked with Charlie Cummings of Remnant Brewing in Somerville; and I called up Nathan Zeender of Right Proper Brewing in D.C., and I’m still not sure I have an iron-clad grasp on just how in the blue hell a person makes solera-aged beer.

“Well, why the gosh darn heck did ya right about it, then, Andy?” you’re sputtering in shock. I mean: I understand it enough! You make the beer, you put it in a barrel, you make more beer at a later date, put that beer in separate barrels, bottle some of the beer from the first barrels, top off those barrels with beer from the younger barrels, you make more beer, and presto, you have my half-assed explanation of how solera works. The thing is, you don’t need to hear it from me, because I have words from each of the fellas mentioned above, and they know solera way better than I do.

You can read my full piece on the solera aging process over at Hop Culture.