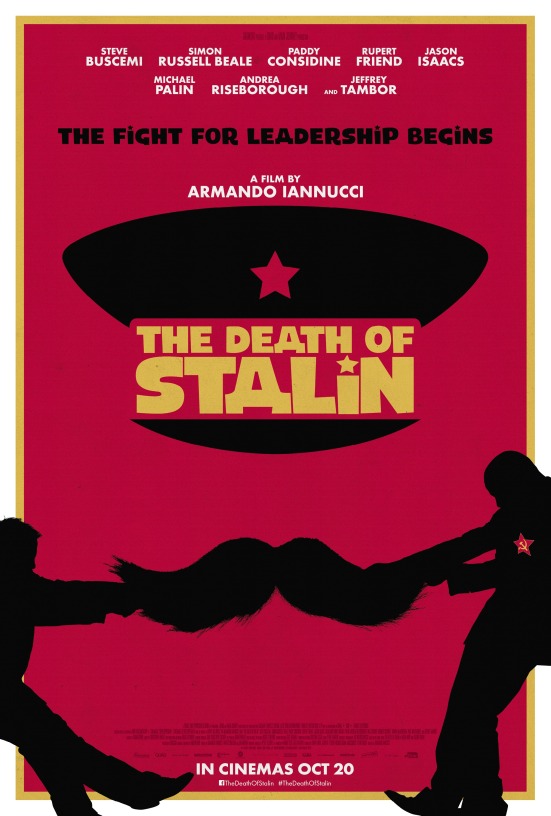 So, this is pretty huge (at least for me): Last week I spoke to Armando Iannucci, the comic genius behind Veep and In the Loop (among other things, like The Day Today, The Thick of It, and so on) about his new film, The Death of Stalin, which is about exactly what you think it is about. I’m a Iannucci fan to the core; I love In the Loop, and I think The Death of Stalin is pretty major, being one of the funniest movies I’ve seen in recent months and also one of the most sobering, because I can’t imagine making a movie about Stalin croaking that isn’t dark as hell.

This is all to say that I had a blast talking to Iannucci, and also that this might be one of the most informative interviews I’ve ever conducted, side by side with my chat with Vicky Krieps. So  you should read it. You can find it on The Hollywood Reporter, but you don’t have to, because that’s what hyperlinks are for. You’re welcome!

One thought on ““Armando Iannucci on ‘Death of Stalin,’ Jeffrey Tambor and Satire in the Age of Trump””