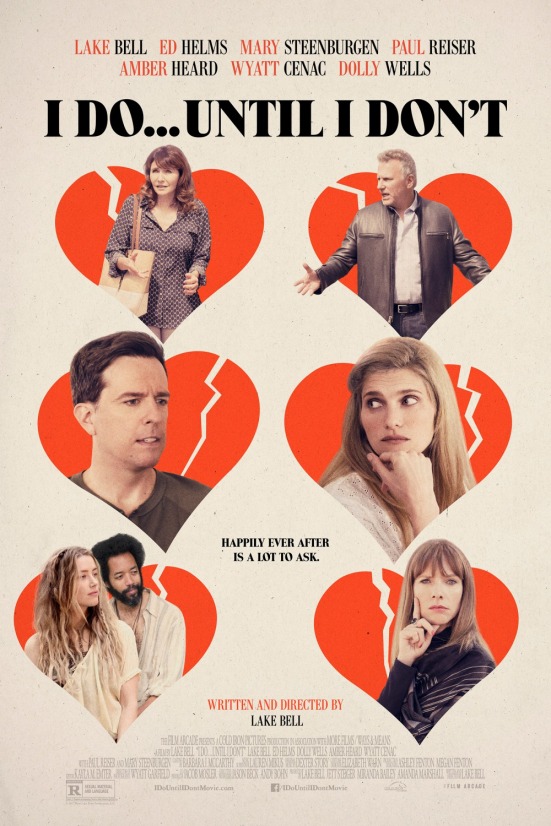 I rather liked Lake Bell’s first go behind the camera, In a World…, so maybe I put higher expectations on her second, I Do…Until I Don’t than I ought to have. I didn’t hate it; I didn’t even dislike it. But it’s a step back, in a sense, from In a World…, less polished, less successful as a narrative, by far more slow-rolling; it plays much too broadly for its own good for too much of its running time, but, to the credit of Bell, it turns around in time to make the initial investment of time worth it. But I’ve said too much – you have to go to Paste Magazine if you want to hear what else I’ve got to say.