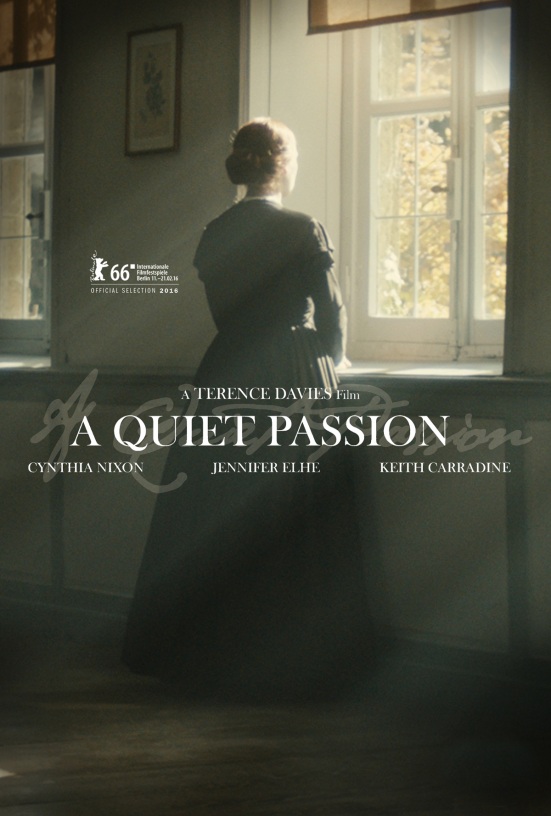 More than a few times in my conversation with the great director Terence Davies (aside: he’s one of the most unsung masters of cinema working today, in case you didn’t know), who graciously offered me forty minutes of his time to talk about his latest film, A Quiet Passion, he invoked his sense of anger at the fate of his film’s subject, Emily Dickinson, who didn’t win the recognition for her work that she so richly deserved until after her death in 1886. He believes, as I do, that it’s unfair she wasn’t “well-known during her lifetime.”

Funny thing: This had the effect of sending me out of the room steaming, because I could say roughly the same thing about Davies himself. Even critics are slow to acknowledge new Davies films, to the point where I almost sense that they’re reluctant to do so. I find that fucking mind boggling, but it’s 2017, and there’s no account for good taste among cineastes. C’est la vie.

My extremely long talk with Davies is published on the digital pages of Paste Magazine, per usual, and I’d really appreciate it if you all made the effort to work through it (and then made the effort to seek out A Quiet Passion in cinemas, because it’s really quite superb).