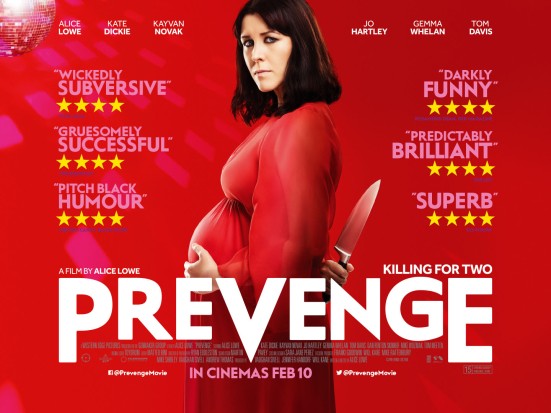 “A 7 months pregnant woman starts murdering the people involved in her partner’s death because her unborn baby tells her to.” That’s Prevenge in summation. In my mind, there’s an alternate dimension where the film attached to that summation is just a winking, nudging, overly self-aware video nasty, and it’s probably fun but too insistent on its cleverness to really tolerate for more than an hour. In our dimension, though, it’s much smarter and sharper than that, and man am I grateful. 2017’s early going has seen a number of women-led horror movies released into theaters, from Raw, to XX, to The Lure, but Alice Lowe might have them all topped with Prevenge. Do your thing and read my review at Paste Magazine, by all means. Like the movie, it’s a good ‘un.