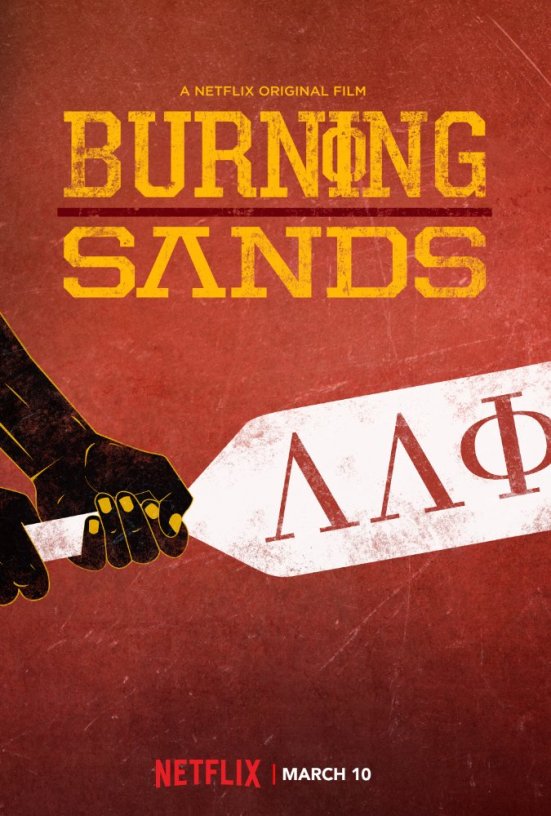 It’s a thing in the entertainment biz that if a movie about subject A is released into the pop cultural wilds, inevitably another movie about the same subject will be released shortly thereafter. To wit: Andrew Neel’s Goat opened in theaters last September, detailing the intimate particulars of fraternity hazing rituals and rites of initiation. It’s kinda harsh. Now, Gerard McMurray’s film Burning Sands premieres on Netflix after first running at Sundance, and it is at a glance the same sort of film, built around the same sort of material. The big difference is its race element: It’s set at a made-up HBCU. You may not think that’d make much of a difference, but it makes all the difference in the world (and it doesn’t hurt that McMurray is a sharp filmmaker with more to say than “hey, isn’t frat life brutal?”.)

It’s quite good, and you can check it out on Netflix’s streaming site today, but don’t do it before you check out my review for Paste Magazine. That’d be just plain ol’ silly.