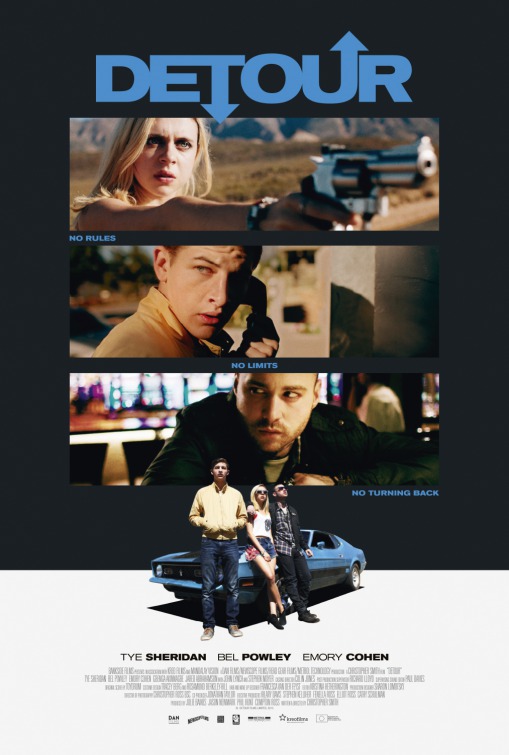 I reviewed Christopher Smith’s Black Death on this very site six years ago, and so it was something of a pleasure to review his latest, Detour, even if I’m still murky on whether or not I think Detour is good. I liked it. I liked the film’s central gimmick, in which two narratives unfold representing the consequences of the main character making a specific choice about fifteen minutes into its running time; I liked Emory Cohen as a tough guy, Tye Sheridan as a despicable “nice guy,” and Bel Powley as the film’s only significant female character, who is kinda caught between two kinds of toxic masculinity. I’m not sure that Smith has anything grand to say about any of this in the end beyond “people are shit no matter what choices they make,” which I guess isn’t nothing and feels appropriately nihilistic for the material.

Anyways, I wrote about it in depth for Paste Magazine, so you should probably make the choice to click over to there.