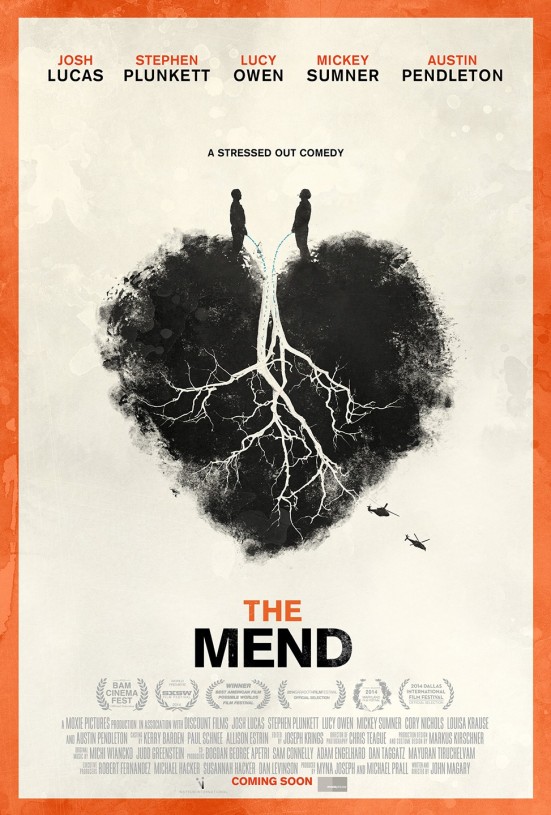 “Writer-director John Magary’s debut feature, The Mend, begins with scenes of domestic discord as brothers Mat (Josh Lucas) and Alan (Stephen Plunkett) each engage their significant others in alternately vague and explicit spats. After some boisterous afternoon delight with girlfriend Andrea (Lucy Owen), Mat invites her rage off-screen before she kicks him out of her apartment on-screen. Alan, on the other hand, has a brief post-screw tête-à-tête with his own best gal, Farrah (Mickey Sumner), about the unfortunate trajectory of his orgasm. But trouble in paradise has to wait: They’re slap-dab in media res, hosting a party to celebrate the debut of her avant garde dance performance—a party which Mat then crashes.” (Via Paste Magazine.)