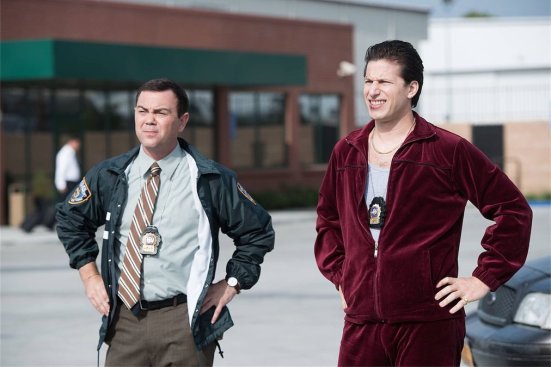 “With just a sub-minute moment of catch-up between cast members and a snappy meta quip from Andy Samberg, Brooklyn Nine-Nine’s second season premiere gets off to a brisk start. Admittedly, that zippy through line feels kind of dishonest; morehas to have happened in the six months since Jake parted ways with the gang in “Charges and Specs,” but maybe Jake Peralta really is the Nine-Nine’s driving force for activity and shenanigans. Maybe the most that can happen in his absence are random incidents with Boyle at the focal points. (Santiago is right: he does look pretty spiffy in that suit.)” (Via Paste Magazine.)