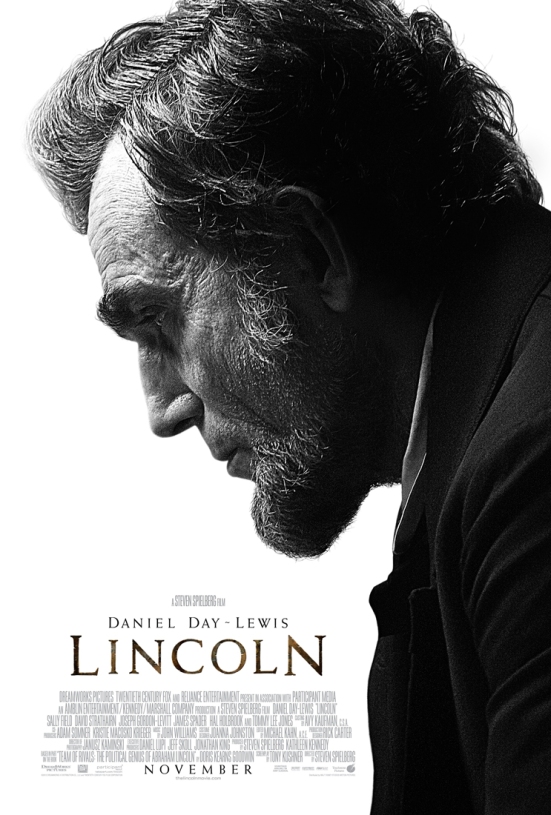 Walking out of Lincoln, you may be struck at the revelation that Honest Abe had a pretty consistent comedic streak running through him. Would you believe that Spielberg’s biopic on one of the US’s greatest leaders happens to be one of the best comedies of 2012? I’m being dishonest, naturally; Lincoln, mired in a bloody stage of our country’s history and an internal through-line of optimism, scarcely qualifies as “comedy”. And yet in scene after scene, with long-winded story after long-winded story, Spielberg and his leading man, the inimitable Daniel Day-Lewis, work together to create a portrait of a president who cut through the politics of his time with a sly smirk and an inexhaustible supply of disarming anecdotes.

Of course, Abraham doesn’t simply charm his way through his fight to see the 13th amendment to the US constitution passed. The man earned a reputation as a great orator in his day; here he boldly speechifies as often as he quietly japes. Occasionally, he even bellows, bringing his hand down on a desk with thunderous power to steal the attention of a room filled with hemming, hawing, and quibbling cabinet members and allies. And in between the moments in which Day-Lewis and Spielberg offer us glances of Lincoln, 16th president of the United States, they grant us even more precious glimpses of Lincoln, father, husband, and family man. In other words, Lincoln means to be robust and well-rounded; the film may only focus on a specific period of his time serving his country, but it nevertheless provides a full account of his persona, his passion, and his humanism– which above all else defined him as a man.

That’s Lincoln‘s central thrust: demystification of its eponymous figure in order to make him into a human being, albeit a human being in possession of extraordinary wit, vision, and compassion in tandem with an equally widespread array of foibles. If there’s one thing that Lincoln is not, it is reverential. The very last sequence, in which a flickering candle fades into Lincoln delivering his second inaugural address, is about as close as the film gets to hero-worship. The rest of the picture’s towering running time, all one hundred and fifty of it, is spent treating him with a much more even hand. One moment, he’s the man responsible for spearheading a political movement that resulted in one of the all-time great victories for humanitarianism in the form of slavery’s abolition; the next, he’s locked in a shouting competition with his wife, Mary (Sally Field), in which the two trade blows over the death of their youngest son, Willie, while she dares him to have her committed.

In other words, Lincoln is far from being toothless prestige fluff. Certainly Spielberg is out to entertain us– there’s no other explanation for the numerous moments of slapstick involving a debauched and never-more-rotund James Spader– but Lincoln doesn’t exist just to transport and delight us for a couple of hours. This is big-scale, big-scope filmmaking in the service of immortalizing a critical moment in the lifespan of the United States, a picture that has much and more to say about the events it recreates and which conveys layered messages within those recreations. There’s a reason our current commander-in-chief’s name continuously crops up in reactions to the film across the web; Lincoln is a story of hope for the Obama era of politicking. 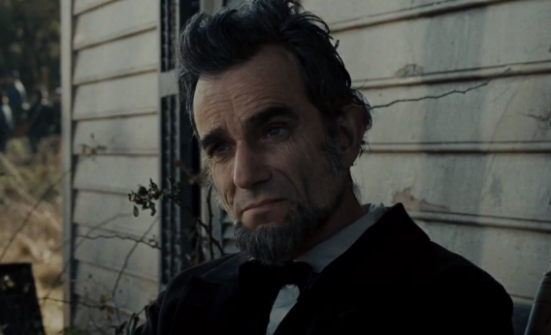 But most of all it’s a story of compromise. That word has become a filthy, vulgar, four-letter word in the social and political climate of today, one that– depending on who you ask– almost feels synonymous with “weakness”. Yet willingness to compromise is one of the most important weapons in a politician’s arsenal. Despite his dogged belief that the 13th amendment needed to pass before the war ended, Lincoln knew when to make concessions; so too did some of his fellows, notably Thaddeus Stevens, here embodied with cantankerous vigor by Tommy Lee Jones. If compromise is a sign of weakness, then maybe it is necessary to be weak in order to achieve great things and stand up for the things we believe in most.

That’s just one lesson Lincoln could teach our re-elected leader, but truthfully the film should be taken neither as a strict Obama allegory nor as an instructional document intended to show him how to lead in a difficult time. It’s impossible to deny the parallels that connect the film to our present situation– “hope” has become an equally ubiquitous buzzword as “compromise”– but Lincoln entrenches itself too firmly in its period to primarily exist as a blueprint for success for our re-elected leader. If anything, Spielberg seems to be suggesting that the more things change, the more they stay the same, though I would happily take a political environment defined by the sort of melodramatic overtures, posturing, vociferous argumentation, and awesome hair that we see here. Maybe the US would be better off in a world where its politicians actually showed a fraction of the passion Lincoln‘s massive cast of representatives exhibit.

Heading that cast is Day-Lewis, a man capable of so effortlessly assuming the guise of another that he could well be a shapeshifter. If Day-Lewis gave only a decent performance, his on-screen presence would be mesmerizing if only because of the uncanny resemblance he bears to Lincoln himself. But this is Day-Lewis we’re talking about; he is likely the greatest actor walking the planet, an unequivocal great, and he brings all of his talents of impersonation, nuance, and theatricality to the fore in his every moment of screen time. The news here isn’t that Day-Lewis is great, though– a more impressive turn of events would be Day-Lewis turning out an awful performance– but that Lincoln‘s supporting cast is almost as excellent as its leading man: Jones, in all his grouchy, prickly glory; Field, vulnerable and filled with hurt and yet still capable of immense emotional strength; David Strathairn, blending loyalty to his president with frustration as William Seward; Spader, endlessly over-the-top and hilarious without ever stepping over the line. The list of performances worth savoring in Lincoln is nearly endless– Goggins, Costabile, Hawkes, Nelson, Haley, McRobbie, McGill, Oyelowo, Gordon-Levitt, Pace, Stuhlbarg, Merkerson– but they all deserve the same joint praise for their outstanding efforts here.

Behind it all is Spielberg, who remains nearly invisible throughout his film. He is the architect behind the camera, and yet he’s a quiet force in Lincoln— which simply means he’s doing his job with the delicate skill of a master. This isn’t the Spielberg of War Horse or Amistad; there are few if any big, obvious emotional queues here. Lincoln is better defined by its restraint, which makes Spielberg’s cheekier tendencies that much more delightful. Who else in Hollywood could turn the counting of votes into thrilling cinema, or balance those elements with outrageous comedy? (On the note of politicians, I also wish we lived in a time where politicos would freely draw pistols on one another in public spaces, but that’s just me.) I cannot claim knowledge of Lincoln‘s historical accuracy, but fie upon veracity– Spielberg has crafted a near-perfect historical drama of impressive ambition.