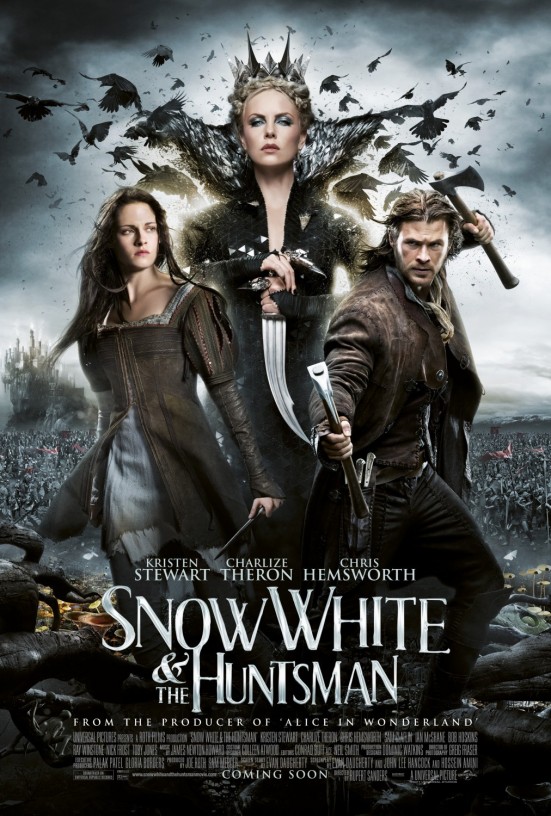 Honesty being the best policy, I’ll come right out and say that I wasn’t expecting a masterpiece from Rupert Sanders’ Snow White and the Huntsman, just an entertainingly dark fairy tale/fantasy movie. In some ways, Sanders delivers, but in just as many he drops the ball; dull, stilted storytelling, the dreaded “destiny” trope, and a performance from Kristen Stewart that just can’t hope to measure up to the work done by her supporting cast all weigh Snow White and the Huntsman down. At the same time, Chris Hemsworth and Charlize Theron both pull their weight and then some while Sanders’ eye for spectacle leads to some solid battle scenes (though none so good as what we see in episode 9 of Game of Thrones) and births some great creature design. None of the movie’s better merits let it rise above the various troubles holding it back, though, and so Snow White and the Huntsman remains in the realm of the mediocre. Take a trip over to Go, See, Talk! and read my review in full.