While the Independent Film Festival Boston doesn’t end until this Wednesday, my time out at the Somerville and Brattle theaters has run out– but I’ve got a handful of reviews up over at Go See Talk and two more in the tank that I’ll post in the next couple of days! I had a blast at the festival this year; the people who put the whole thing together did an absolutely outstanding job of coordinating each screening and event, while also just being really wonderful folks to boot. A big thanks to the team behind the fest, and I look forward to next year’s extravaganza.

But you’re not here to read my effusive praise for the staff of IFFBoston– you want to know about the films I saw! Read on to get my abbreviated thoughts on each of them: 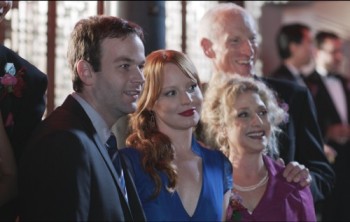 Sleepwalk With Me: The opening film of the festivities, and a really solid one to boot. I admit that at the screening I felt like the odd man out; I very much enjoyed it, but everyone around me absolutely ate it up. Nothing like a really appreciative audience to make you feel like a Grinch even when you’re on-board with the film being screened. Mike Birbiglia’s genuine, self-deprecating, and immensely funny adaptation of his one-man show (with the aid of This American Life‘s Ira Glass, among several others) is a real gem and a film very much worth your time and money, but not without a couple of (admittedly minor) problems that for me held it back somewhat. My review.

Polisse: France’s multi-faceted Maïwenn has a winner on her hands with this one. Any fan of police stories in the vein of The Wire— the program to which Polisse will likely be most compared– owes it to themselves to check this out immediately upon its theatrical release States-side; this winding, 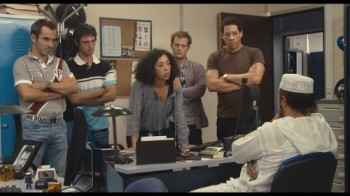 expansive cop drama satisfies in a big way, employing a frenetic cinéma vérité aesthetic to document the daily tasks and situations faced by Paris’ CPU (Child Protection Unit). Amidst the questions the film raises about media portrayal of the police, it’s difficult not to wonder if we can only expect honest portrayals of the police from films of this caliber. That might be overstating the entire argument– in fact it certainly is– but nevertheless there’s no denying how urgent, heartbreaking, shocking, and real Polisse feels. My review.

V/H/S: For unabashed and non-critical fans of the found footage horror sub-genre that’s blown up in the last couple of years, V/H/S is probably going to be the horror film of 2012; tie together five vignettes shot in the found footage style, and wrap the entire anthology together using the same 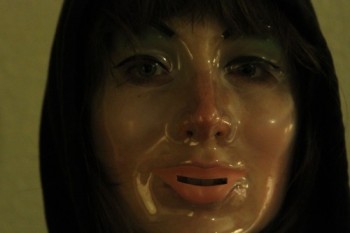 conceit, and you’ve got a veritable bonanza of found footage on your hands. For me, V/H/S really perfectly encapsulates the problems and limitations of the genre, and how much the way one acknowledges both of them can either lead to something great– as in the clips directed by David Bruckner, Joe Swanberg, and directing group Radio Silence– or lead to something inert, predictable, and hackish– as in everything else, notably the segment directed by the normally spot-on Ti West. Considering the talent involved it’s little surprise that V/H/S stands head and shoulders above all but the very best found footage fare, so for horror diehards this is definitely worth checking out. My review.

That just leaves me with two absolutely fantastic documentaries– We Are Legion: The Story of the Hacktivists and Ai Weiwei: Never Sorry. It’s probably not a coincidence that I wound up sitting in on two docs that in their own ways cover the rising sense of social unrest across the globe; it should go without saying that both films, respectively covering the online hacker/activist group known as Anonymous and the activities of iconic Chinese artist, dissident, and activist Ai Weiwei, are incredibly political. My reviews for both are upcoming, so keep an eye out on this posting as I will be updating as they come. Even better– just watch Go-See-Talk! They’ll be going up soon.