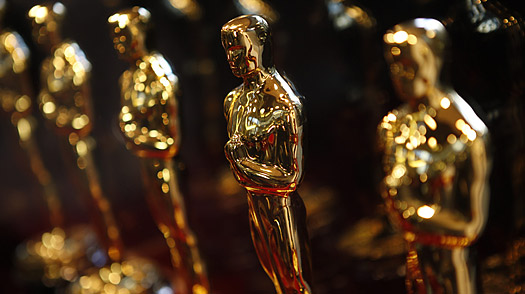 Well, the ceremony’s done, the statues have all been given out, and noses have been browned; the 84th Academy Awards are now in the books. And I have an opinion on them even though I didn’t even watch them.

I don’t know that there should be much surprise in regards to what won and why. The Artist had inevitability on its side; the film was destined to win the top awards at the Oscars. That makes questions of worthiness almost moot. Remember last year, when The King’s Speech beat The Social Network? Remember when Tom Hooper beat David Fincher in a “who’s a more talented director” match? Last night’s show more or less echoes that kind of head-scratching voting. I grant that the Academy got it right, or more right, the year prior (and for several years before that as well), and with that in mind I’m inclined to be more charitable about seeing Michel Hazanavicius beat Woody Allen, Terrence Malick, Alexander Payne, and Martin Scorsese at the highest levels of the Academy game.

After all, The Artist does something that those other films– notably Hugo, to which it is often and erroneously compared– do not do, and which didn’t occur to me right away: it embraces and flatters the studio side of the filmmaking process at the expense of the creative side. What else can you say about a film whose star, in choosing to make a film without the assistance of the studio system, winds up failing utterly– until he’s brought back into the studio fold by the star actress he helped create? I don’t find this point quite as insidious as Ms. Longworth, but there’s no denying that The Artist plays to Hollywood’s ego, or that Hollywood loves to be glorified. For all of the film’s good qualities– and it does have many*– its worst ones almost guaranteed it victory last night.

That doesn’t explain to me at all why voters chose to rob George Clooney of his first Best Actor Oscar in favor of  Jean Dujardin, but maybe the French performer’s win is just a matter of holding the party line. If Hazanavicius had the Best Director award in the bag, and if The Artist itself was set to take home the biggest prize of the night, then it stands to reason (Academy reason!) that Dujardin had to walk out of the Kodak Theater with a golden man in his hand, too. I’ll say it flat-out– Dujardin’s performance is nowhere near as good as Clooney’s. But the problem with putting them head-to-head with each other– and let’s face it, they were the only two nominees with a chance of winning**- is that their performances are completely different in such a way that they’re not easily compared. What The Descendants demanded of Clooney differs vastly from what The Artist required of Dujardin. The call nonetheless still seems quite easy to make, though, and I’m surprised at the outcome in that particular battle even if it pegs me as being naive.

Of course, some of the categories went they way they should have. Hugo, for example, won almost all of the technical awards sans Best Editing, raking in as many statues as The Artist. Their relationship strikes me as mirroring that of The King’s Speech and Inception last year, in which the former film won all of the high-profile awards where the latter won the awards that cineastes might find genuinely more exciting. I suppose I can’t really be let down by that; Hugo looked and sounded amazing, and proved to be a perpetual aural and optical buffet*** for its viewers. Couple that with the victories of both the magnificent Christopher Plummer for Best Supporting Actor and The Muppets, which won for Best Song– and by The Muppets I mean Brett McKenzie****– and the list of winners looks far more pleasing.

And there were a few surprises as well (Meryl Streep winning Best Actress not being one of them). Woody Allen, for example, beating Hazanavicius for the Original Screenplay award took me pleasantly off-guard, and maybe again this pegs me as naive but let’s hear it for Octavia Spencer. Was she expected to win Best Supporting Actress? Either way she had some really stiff competition in that category, so good for her, even if I didn’t see her performance myself.

Mostly, I’m happy that the event is over. Writing about films is one thing; I like contextualizing my opinions on the movies I watch and analyzing them and sharing my thoughts on them with you all. But writing about films as racehorses is another entirely. That sucks all of the life out of the process. Yet I’m in a place where it behooves me to commit my thoughts on the Academy to a blog post, and I am certain most other film writers would be inclined to agree that it’s insensible to forsake writing about the Oscars entirely. So as fun as this has been, I’m glad it’s finished– now we can all start focusing on the 2012 release slate.

Now it’s your turn. What did you think of this year’s show? Did you think the right films and performers won? Sound off in the comments section!

*My review is pending. Talk about being late to the party.

**Sorry, Gary; I love you but between Clooney and Dujardin you didn’t have a chance, and I’m sure that if I’d seen Tinker, Tailor, Soldier, Spy, I’d be going on about how you  deserved to win over both of them. Please don’t Stansfield me.

***Hey. That’s kinda like the name of this blog.

****But at the same time it’s almost a hollow victory because the only other song nominated was, frankly, terrible.

15 thoughts on “Putting Out the Fires: Oscars 2012 Aftermath”