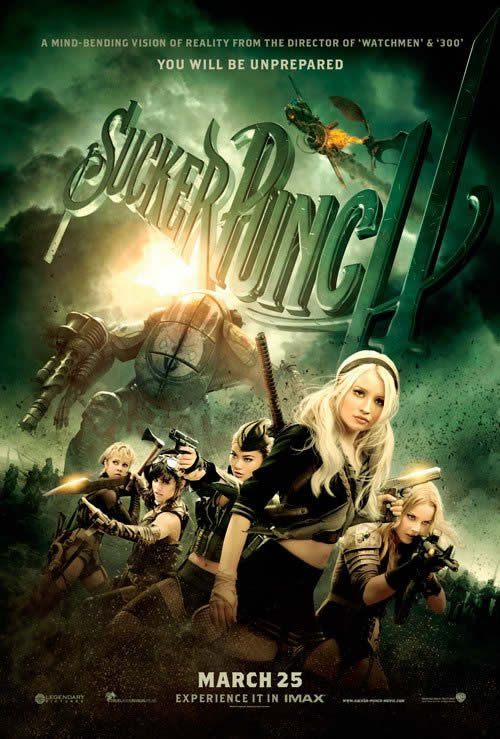 Let’s kick this review off with a digression: I didn’t hate 2009’s Watchmen, per se, though I found it to be a massive failure that failed to truly honor Alan Moore’s essential 1987 graphic novel deconstruction of the superhero archetype which shamelessly* embraced application of style over the nurturing of substance. Zack Snyder, a director who somehow straddles the gap between his stature as a geek icon and his decidedly “bro” persona, understands the mathematics and language of cinema’s visual characteristics but remains woefully unprepared when he’s called upon to wrangle narrative and employ it in the best interests of his productions. I give credit where credit’s due; the man can direct an action scene and make a set piece explode with energy and vitality. In contrast to that, he desperately needs a director and a screenwriter capable of buttressing the in between of a picture.

In any event, Watchmen has the honor of being the starting topic here because as much as I didn’t hate it before, I think I do now and by no fault of the film. It’s more that ninety percent of what I said about that movie I could just as easily repeat in relation to Snyder’s latest offering, the big, bright, chaotic, sexy cup of stupid called Sucker Punch. Put succinctly, the film from start to finish clutters together a pastiche of mayhem and beautiful young women alternately in peril and in charge, all for the alleged purpose of analyzing feminist themes and topics and delivering some sly and subversive commentary on the nature of the action heroine, a goal which Snyder gamely attempts to meet and ultimately cannot despite his efforts.

To describe the plot of Sucker Punch could take up the bulk of a review on its own; this is Inception For Dummies, replacing the largely male cast of that film with twenty-something actresses who happen to look great fighting dragons, samurai, steampunk Nazi soldiers, and a plethora of other foes fantastical in nature. In a nutshell, nothing that you see happen on screen actually happens; each sequence unravels in the mind of Babydoll (Emily Browning), a young woman trying to escape the looming threat of a lobotomy after being cruelly shipped off to a psychiatric hospital by her brutish father. Along with her compatriots Rocket (Jena Malone), Blondie (Vanessa Hudgens), Sweet Pea (Abbie Cornish), and Amber (Jamie Chung), Babydoll races to piece together an escape plan and set herself, and her friends, free from their male-dominated existence.

Sucker Punch is brimming with potential for an invigorating examination of action movie tropes and, most importantly, how women fit into a genre of filmmaking long lorded over by men, but potential is all that Sucker Punch can claim. Snyder’s themes are introduced and left hanging, never fully explored and developed and made palatable; he goes nowhere with the questions the film asks. Maybe for some, that’s not a problem– to them the allure of the film lies in ogling nubile young women kicking the asses of the film’s menagerie of baddies. But that’s puerile, and even misogynistic in its own fashion* (though it’s arguably more disconcerting when one drools over a hot young actress being violent instead of being overtly sexual), and doesn’t properly serve the Snyders’ proclaimed intentions of dissecting the female action heroine and her role in cinema aimed at a largely male audience. Such questions are raised, but at the end they remain unanswered.

If anything positive may be said about Snyder and his picture, it’s that his intentions are good and his ambition is admirable. Outside of itself, Sucker Punch is about risks taken by director and studio to get the film made and to sell it to a mainstream audience (which Warner Brothers failed to do successfully). Snyder should be applauded for having the chutzpah to get this film made, despite some pretty severe missteps taken over the course of its running time, but of course that sort of praise only goes so far.

What does go over better lies in the film’s aesthetics and iconography. Snyder knows his way around action sequences, period, and he’s adept at making them visually arresting and instilling a kinetic forward momentum in them that makes the exciting and riveting. (Your mileage may vary depending on your feelings toward speed-ramping.) Taken on their own, the fights and battles of Sucker Punch are cool, slick, beautifully plotted out, and technically precise, and it’s a shame that the narrative driving them lacks so much substance and meaning; bereft of a fully-realized story to back them up and make them matter, they’re no more substantive than a video game cut scene, though they are far more thrilling.

And that, in a nutshell, is Snyder’s weakness as a director– he’s a visualist first and foremost and a storyteller second, and his movies suffer for his proclivities as an artist. The greatest shame of Sucker Punch is that Snyder comes very close to creating a transcendent experience in genre filmmaking while examining sexual politics and gender roles in cinema at the same time (and in doing so elevating his film above the mores of its genre), but his determination to see his themes through to the end appears to dissipate in the last act and give way to a slack and completely unsatisfying resolution lacking any sort of emotional payoff. Ultimately, Sucker Punch is an interesting failed experiment that speaks volumes to what Snyder’s capable of when working in his comfort zone, but whose flaws outweigh the positives and demand the film only be seen once.