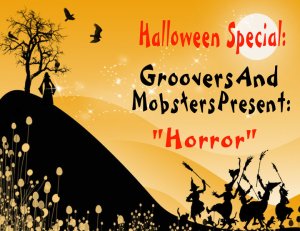 “Do sit down, Sergeant. Shocks are so much better absorbed with the knees bent.”

Let me ask a simple question: What scares you? Masked psychos lurking in the shadows, stalking you in your house or through dark and foreboding woods? Alien invasions, full-scale or otherwise, staged by extraterrestrial races with less-than-benevolent intentions? The dead rising from their graves to consume the living– or perhaps menacing you as malevolent spirits rather than shambling, rotting bodies? Perhaps you fear an encounter with a monster thought to be mythic and legendary, a werewolf or a troll? There’s no end to the myriad, ceaseless evils that filmmakers have unleashed upon the hapless characters of their movies for decades, nor to the number of locations and manners in which the victims-to-be might encounter them, but for my money nothing is scarier than something rooted in something real. Which is why almost forty years after being introduced into the world of horror, the residents of the Hebridean island called Summerisle still frighten me more than the deadliest wraiths and the most remorseless slashers.

The Wicker Man is the kind of film that purchases its fear directly from the stores of reality. Relaying the misfortunes of a police sergeant (Edward Woodward) who travels to the aforementioned island at the behest of an anonymous letter tipping him off to a child’s kidnapping, The Wicker Man quickly shifts from a crime thriller into something weirder, and eventually into something incredibly sinister (which, incidentally, occurs around the time that Christopher Lee’s character is introduced). Investigating the kidnapping, Woodward’s devout Christian policeman delves into the customs, rituals, and culture of the island folk– all of whom celebrate a form of Celtic paganism, which among other things involves sexual liberation, animal sacrifice, and…well, I’ve said enough already. Watch the film for yourself.

Robin Hardy here aims to inspire suspense and dread not through supernatural or otherwise fantastical plot devices but through nothing more than human ignorance. And maybe Hardy’s greatest feat in The Wicker Man lies in the way he makes us, the audience, feel as much like outsiders and interlopers in this pagan community as Woodward’s rigidly Christian police officer. Truly there’s nothing sillier inherent to the belief structures of the pagans than to those of Christian doctrines, and yet it’s hard not to judge the island inhabitants for adhering to such an outmoded dogma as Woodward mingles among them. (And then again, it’s equally difficult not to do the same to the sexually self-repressed Woodward.) Walking away from the film’s climax we realize that in the end Woodward and the islanders could have learned an enormous amount from each other, but chose instead to clash over religion; in this way The Wicker Man seems to be holding up a mirror to human history, and the reflection is utterly sobering and disquieting. Few horror films since have managed to be so bold or brave, nor so deeply disturbing.

(Click here to check out the rest of the entries!)